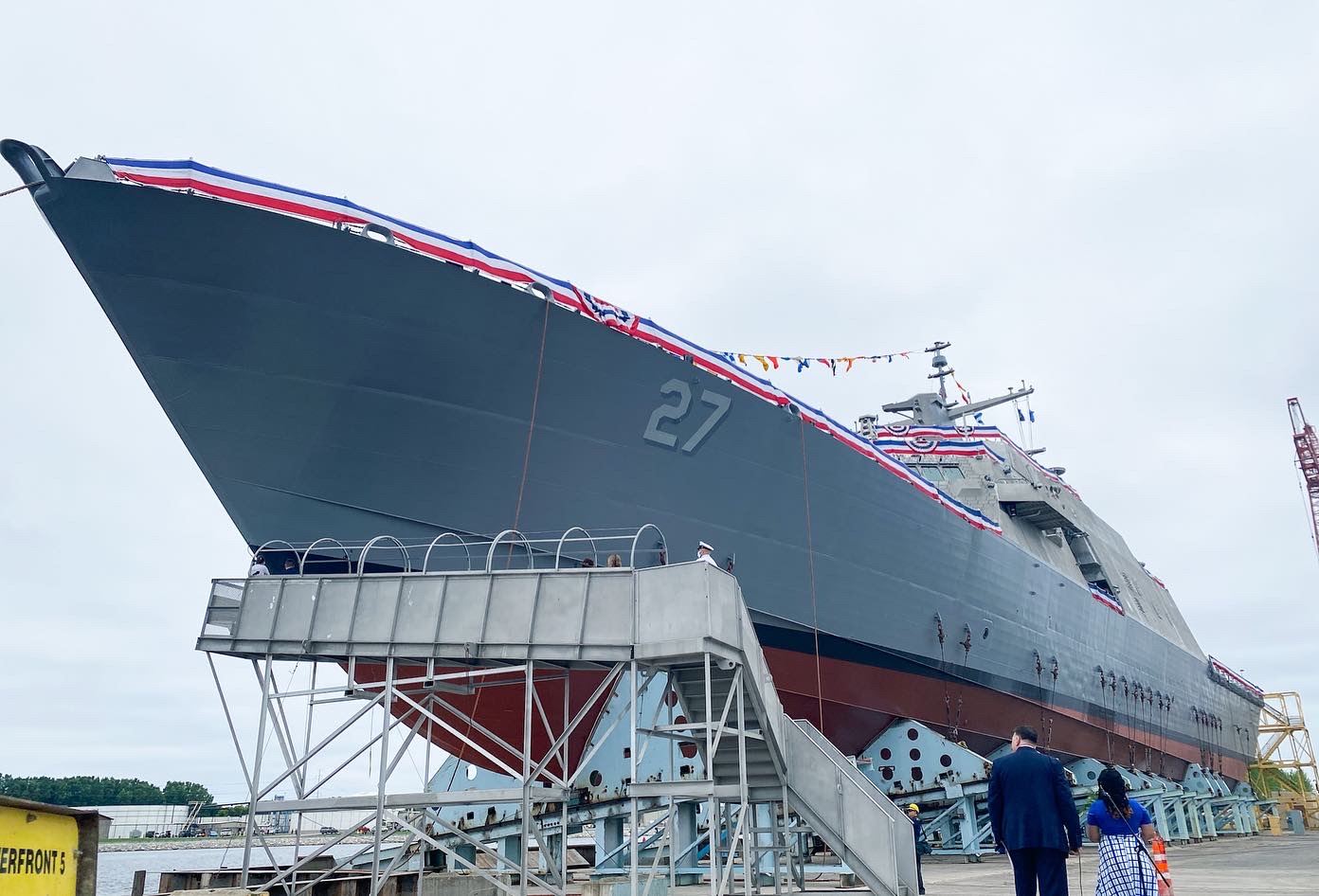 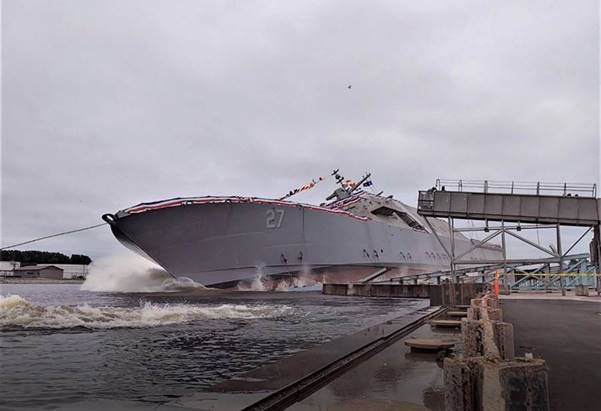 The 27th Littoral Combat Ship, the future USS Nantucket, launches sideways into the Menominee River in Marinette, Wisconsin, on August 7, 2021. 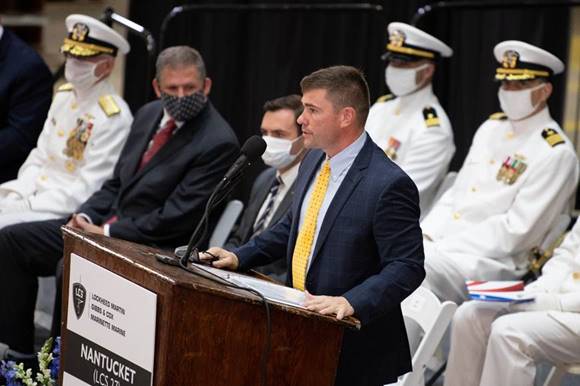 “Lockheed Martin is proud to celebrate this milestone for Littoral Combat Ship (LCS) 27 the future USS Nantucket. The LCS Freedom-variant is a resilient, flexible warship, designed to meet the evolving missions of the U.S. Navy. The Lockheed Martin team continues to partner with the U.S. Navy to add lethality and survivability enhancements to the highly capable LCS class and we look forward to continued delivery of these adaptable ships.” – Steve Allen, Lockheed Martin Vice President, Small Combatants and Ship Systems 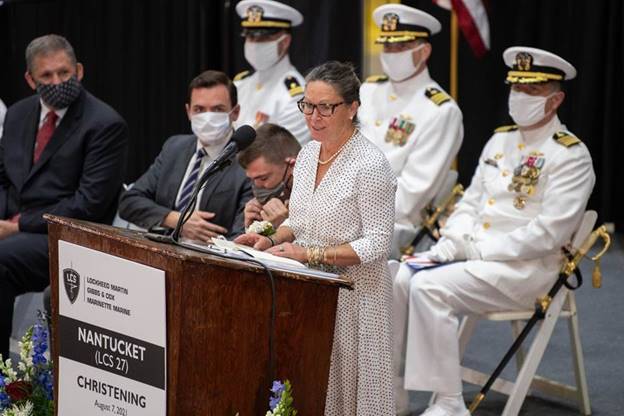 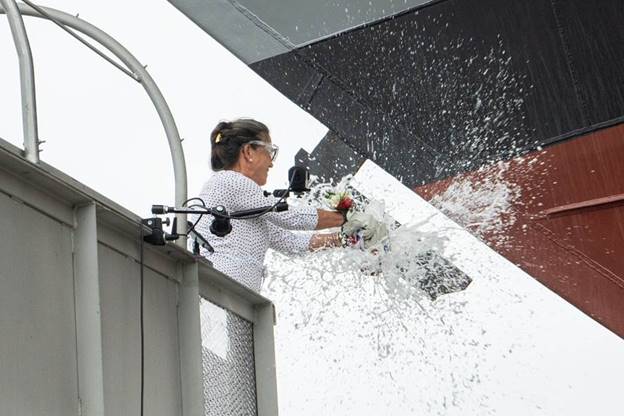 Ship sponsor Polly Spencer breaks a bottle of sparkling wine across the bow during the christening ceremony for the nation’s 27th Littoral Combat Ship, the future USS Nantucket. 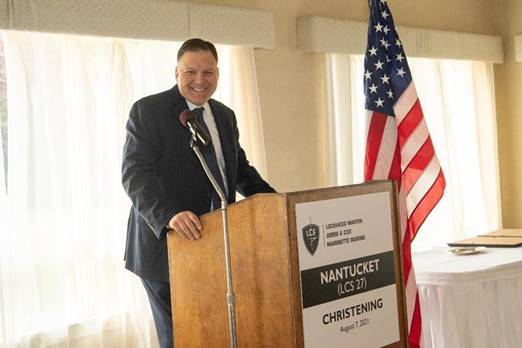 “Building LCS 27 and sister ships for the U.S. Navy is an honor and we are proud to be the nation’s shipyard in the heartland. The launch and christening we witnessed is a testament to the hard work of more than 2,500 shipbuilders who pass through our gates, put on their hard hats and build American warships.” – Mark Vandroff, Fincantieri Marinette Marine CEO 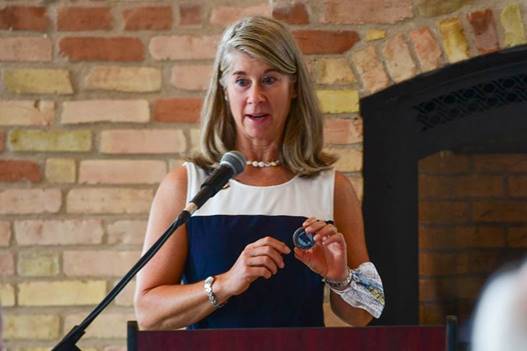 “The future USS Nantucket will truly honor the rich heritage of the people of Nantucket and the maritime legacy that the island represents. Having dedicated much of my life to living in and serving the town of Nantucket, I know just how proud our community is of LCS 27 bearing our island’s name and knowing that the ship and its crew will fulfill critical missions on behalf of the U.S. Navy for years to come.” – C. Elizabeth Gibson, Nantucket Town Manager

Unique among combat ships, LCS is designed to complete close-to-shore missions and is a growing and relevant part of the Navy’s fleet.